Well, here we are… Easter break. Whether you are celebrating a faith based moment or simply enjoying a well earned rest liberally sprinkled with chocolate, I hope that you are able to do so with peace, love, compassion, and acceptance for yourself and those around you.

I’m currently down island with my mother and enjoying taking care of her and hanging out with her puppers, Harry and Sassy. Trust me when I tell you that I am definitely also enjoying more chocolate than I probably should be right now…

Truffles & Tramps (The Holiday Storybook Novellas #3) is free until April 5, so grab a copy and meet the naughtiest (in all the sexiest ways) Easter Bunny around. Spoiler…he’s not really a bunny… Remember that each of the Grove books can be read as stand alones – they’re just more fun if you read them as a set.

Pascal Hare, Holder of the Basket, has a reputation. Everyone in Edelweiss Grove knows he likes to party and have fun. He especially likes sexy fun – and has his own internet channel for his little clips.

Despite being the best Holder of the Basket in memory, Pascal’s antics don’t appeal to everyone. Like his father for example, who is determined to put an end to his behavior. Pascal doesn’t care what his father wants – he’s far too distracted by the arrival of the new chocolatier from Paris.

Michel Griotte is a master chocolatier who has come to help Pascal shake up his Special Day. Amused by Pascal’s behavior, Michel soon finds himself attracted to the naughty Fae and caught up in all kinds of sexy mischief.

Will Pascal’s father finally accept his son or is there something more sinister afoot in The Grove? Grab your free copy here or by clicking the image below: 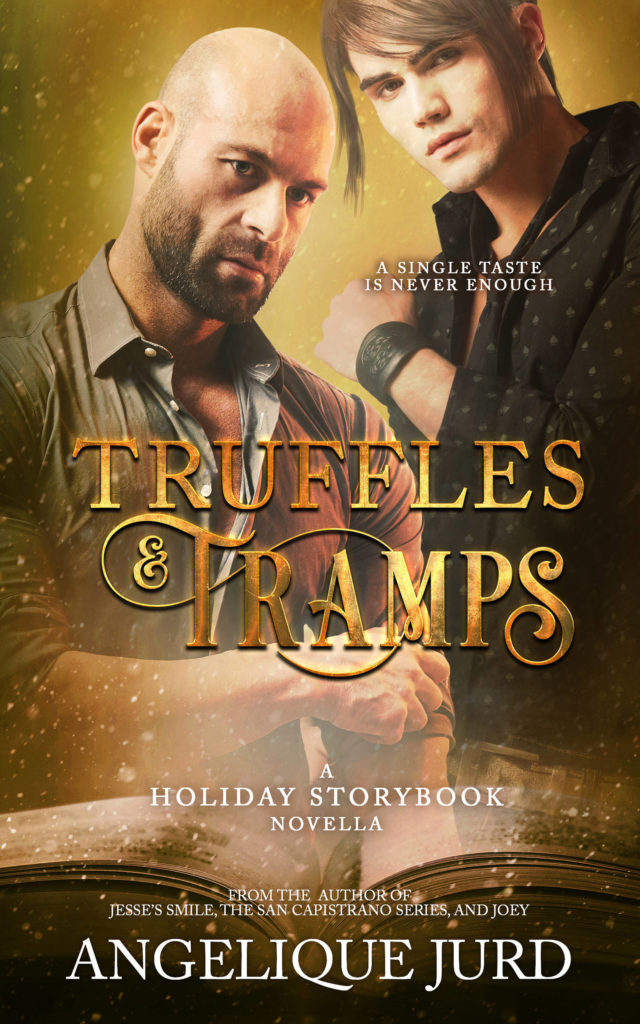 I will be taking part in several ‘author take-overs’ on Facebook over the next few weeks. You can find all the details here – and if you click each event header you’ll get any further details (if they have been recieved). For April these include:

BL Maxwell The Snake in the Castle – Release Party

Details are on the website and the list will be updated as I get details to hand. Hopefully I’ll see you at one of the parties.

In the Eye of the Storm from HM Wolfe:

Happily married, with the affection and respect of those he holds dear, Fabian Bloom finally finds inner peace. However, fresh nightmares about his horrific past start to plague the man’s sleep, shadowing his newfound happiness and worrying the one he loves. A trip to his cabin in Montana offers the opportunity for the couple to relax and enjoy the solitude of the place. After reuniting with his two sons, marrying the man he had loved for eleven years and watching his young protegees blooming into strong young men, Lance Hansen has everything he ever wished for. When his husband’s past is revealed in all its darkness and horror, the man is completely unprepared, and their world begins to crumble. Will the two men be able to face the ghosts that threaten to destroy everything they love and fight so hard for? Or will they end up sucked into a whirlwind that will rip them apart forever? Pre-order NOW. Get your copy here. 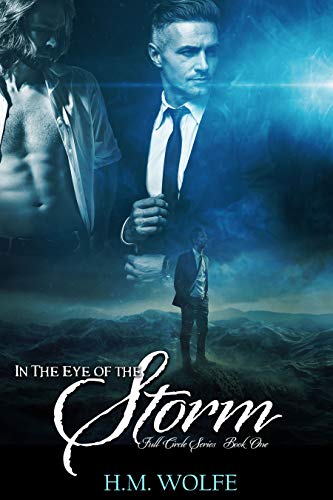 Leap of Faith from CF White:

Sometimes all you need is a little push. Running from his shattered gymnastics career, Charlie Avrill’s one hope for redemption is the strange and colourful world of the circus. His skills should make him a good fit for seasoned performer, Darius Lungo. But Darius won’t compromise his high stakes act for just anyone. Still mourning the loss of his performance partner who unexpectedly abandoned the show, Darius’s heart can’t take another temporary filler. No matter how perfect Charlie might seem at first glance. But the circus is dying, and Darius owes his bosses a stellar act to sell. Putting their differences aside to recreate the star attraction, Darius and Charlie grow closer with each rehearsal. But Charlie’s only in the ring for a one-night-only performance and the circus is due at its next stop—off the island and into Europe. Can Charlie push aside his fears and take the leap of faith to change his entire life? And, if he does, will Darius still be there to catch him? Leap of Faith is a standalone age-gap, enemies to lovers, mm romance where the twists and turns don’t only happen in the ring. OUT NOW. Get your copy here .

What do they have left when their safety and self-worth are compromised? Casey’s usually bubbly, cheeky demeanour is diminished by sexual harassment from a colleague. Becoming scared for his safety, he seeks out a trainer to teach him how to escape. Withholding the secret is stifling, but there’s no other option if he wants to keep his job. Spilling the secret to an almost stranger changes his life in a way he never thought possible.

Luke spends his time training people in physical evasive tactics. He loves his job but feels inferior to his more successful siblings. How can he compete with lawyers, police officers and teachers? When Casey comes to him for training, Luke knows he’s hiding a secret. Finally, Casey confides in him, and it leads to something neither planned for.

Can they win the fight against people who bring them down? Get your copy here .

A single father receives more than he bargained for in the shape of an ex-military man in this emotional, low angst MM romance. Can one night change their entire future?

Zak’s son means more to him than anything or anyone else. He refuses to allow another person the opportunity to hurt them. One night stands are all he can afford – emotionally and physically. When one night turns into more than he bargained for, he is blindsided in more ways than one.

Kenzo was honourably discharged from the military when he was in an accident. Adrift, he focuses on what he can do to help those in a similar situation. But hiding his roommate’s condition is taking its toll. One night with Zak turns his world upside down, and he finds he can’t go back to the way things were before.

What happens when secrets unfold and trust is tested to its limit? Preorder your copy here .

Blue Bunny is an Elvis and Jonah novella. Elvis wants the Bank Holiday Easter weekend at Kent Village Outlet Mall to be mega, culminating in a big Easter themed fancy dress party on Easter Monday. To prepare, Elvis and Jonah fly to New York in search of inspiration. Whilst there, however, things do not quite go according to plan. This is Elvis, after all. Returning to England, Jonah plans a unique experience to cheer Elvis up, which includes help from his PA Nico and some of their friends. With Easter looming, will Elvis’s plans for a fantasy Easterfest see fruition, or will his dream of parading around as a Blue Bunny be scuppered by events far beyond his control? Grab your free copy here .

AUTHORS AND AUTHOR P.A.s – if you’d like to be included in the newsletter, drop me an email here.

I hope this finds you as happy, as healthy, and as safe as you can be.

Remember – the world needs you.